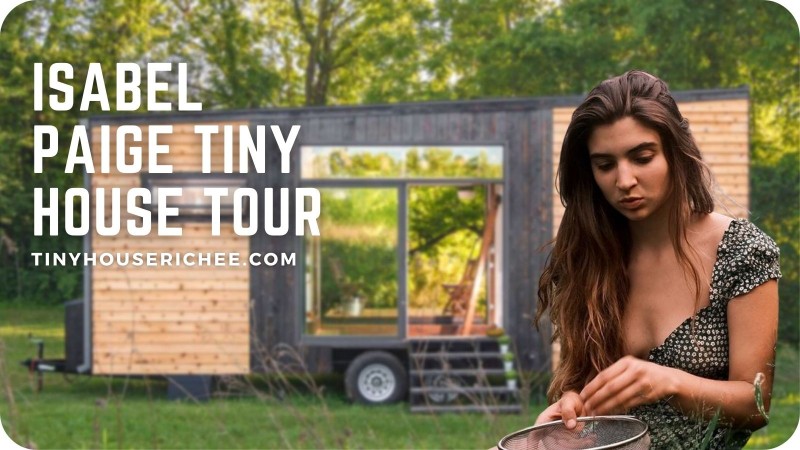 ‌Many of you have heard about Tiny House enthusiast, Isabel Paige, the 23 year old YouTube lifestyle Influencer and adventurer who lives in a Tiny Home in the woods.

Today I’m going to be taking you on a virtual Tour of her house, surroundings and how she basically gets by while living isolated from the rest of humanity.

What you didn’t know about Isabel Paige 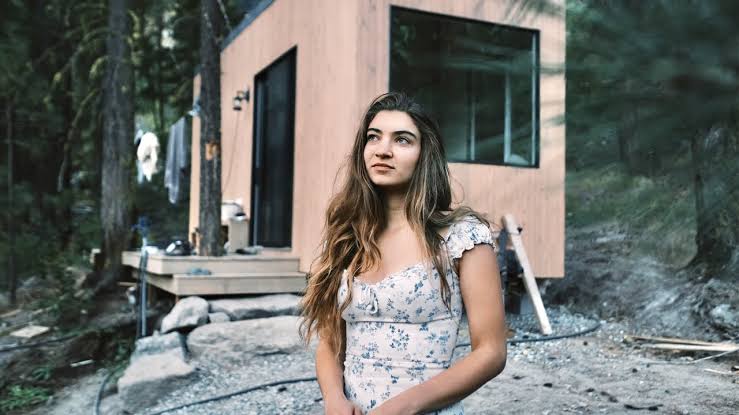 So you think you know Isabel Paige.

Here are 5 things you probably didn’t know about her:

You probably didn’t know that Isabel Paige owns a successful Tiny House YouTube channel since 2010 where she is followed by more than 600,000 people who have watched her videos over 60 million times!

She also has a growing Instagram page with over 150,000 followers.

Get Tiny House content delivered straight to you on Telegram.

She was born on the 20th of February 1998 in Seattle, which makes her just 23 years old. This might have come as a shock to all those who watch her YouTube videos because she’s extremely daring for her age.

#3. Isabel Paige has a Tiny House

Ever wonder how she was able to build herself a Tiny House in the mountains? She saved all her tips back when she used to work a minimum wage Job in the City.

Okay, that was an exaggeration. No human being weighs a ton.

However, if you’ve seen Paige taking a dip in a Bikini inside the River near her house, you’d immediately notice that she’s quite slim figured. Slender.

Imagine our surprise to learn that she weighs as much as 60kg!

This takes a lot of Kahunas to do this, guys. Long before Isabel Paige built her Tiny House and chose to live out in the Mountains, she revealed in one of her YouTube videos that she quite school and never planned to return.

Her reason was quite solid if you ask me. She said she didn’t want to rack up student debt to study a course she most likely wasn’t going to use in the real world.

RELATED: These Virginia Tiny House Laws Are Too Important To Ignore

Now that the formalities are out of the way, let’s show you some never before seen photos of this Lifestyle Influencer’s abode.

So Paige’s house by our estimates should be a 100 square feet in total land area. It doesn’t have a loft as many other Tiny Houses do but spots a kitchen, a bedroom and a bathroom.

According to some of the videos she posted to document the process of building the structure, it’s apparent that although she built a considerable amount of the house all by herself, about 55% was done in collaboration with her Dad and her Boyfriend. 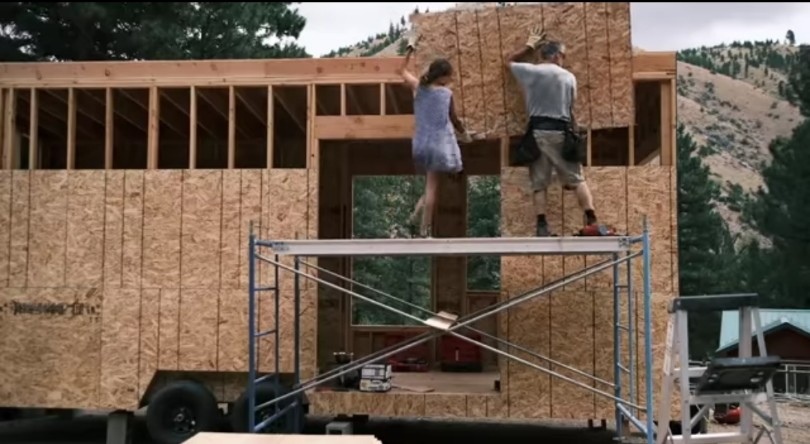 P.S – If anyone tells you otherwise, it’s a fat lie. There’s no way a 23 year old lady with no prior experience building a Tiny Home suddenly winged it and it came out looking this good.

She first had the small building erected using a number of vertical wooden planks propped on a wooden foundation to bring out the overall skeletal system of the house. 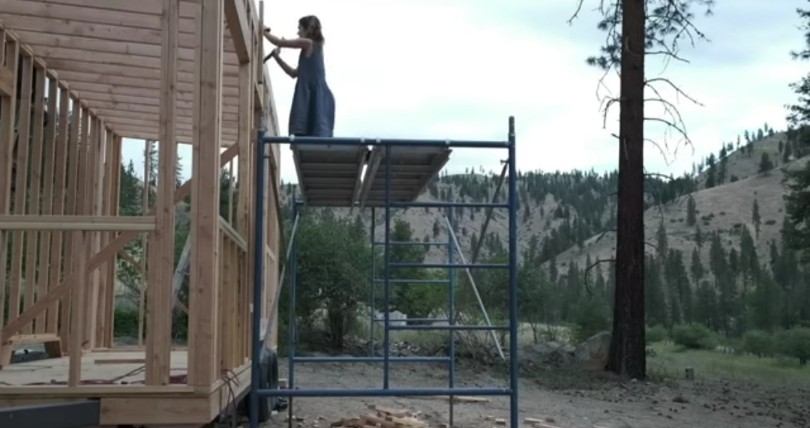 Next, plywood was used to build the walls for durability while vertical wood paneling adorns the outside walls. Let’s not forget those big glass windows. Very conspicuous I might add. 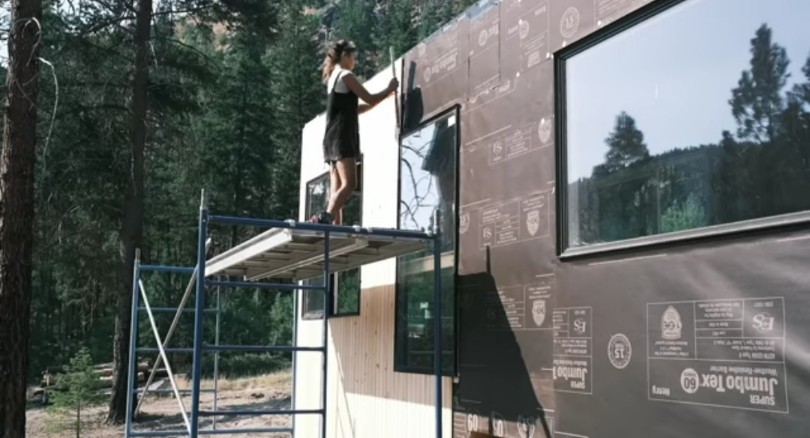 Now that we’re done with the exteriors, let’s check out what’s inside… 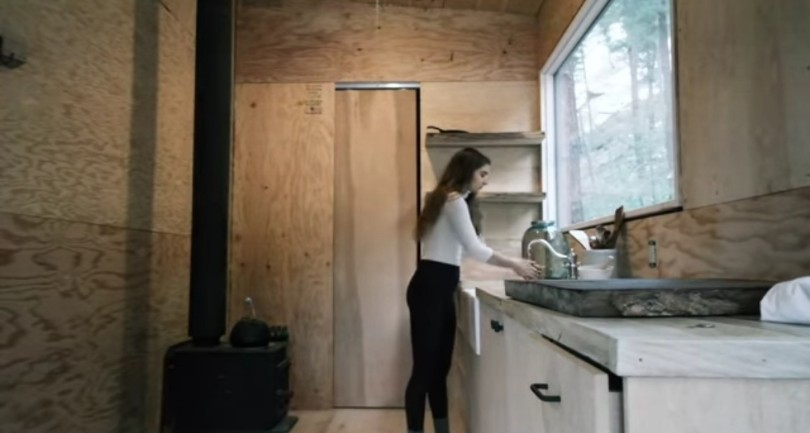 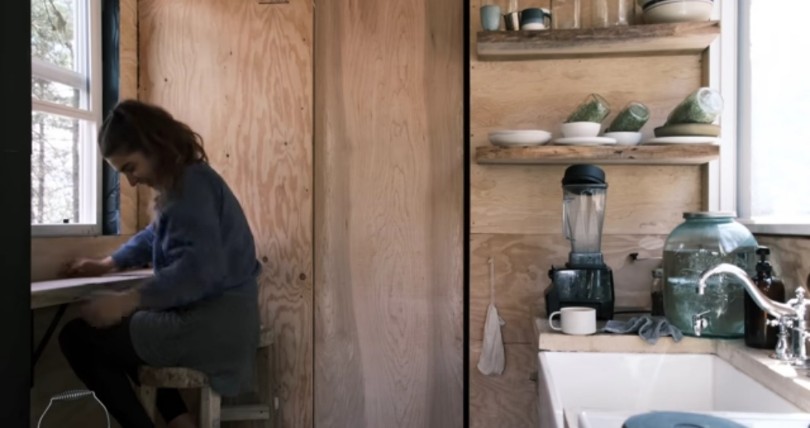 As was done on the exterior, her Kitchen is clad with large sheets of plywood.

A long black chimney that also doubles as a heater stands just behind the sink. There is ample storage space from the Kitchen cabinets under the sink to the walls.

One large all glass window, the only window in the Kitchen, is large enough to light up the room with natural light rays.

Though it wasn’t there initially, Isabel had complained that there was still some space in her Kitchen she knew needed to be utilized. She ended up cutting out a big window in the wall that had the space and fixed a table and chairs such that it could serve as a sort of makeshift study area.

Who doesn’t like some light reading while the food is going on 👌. 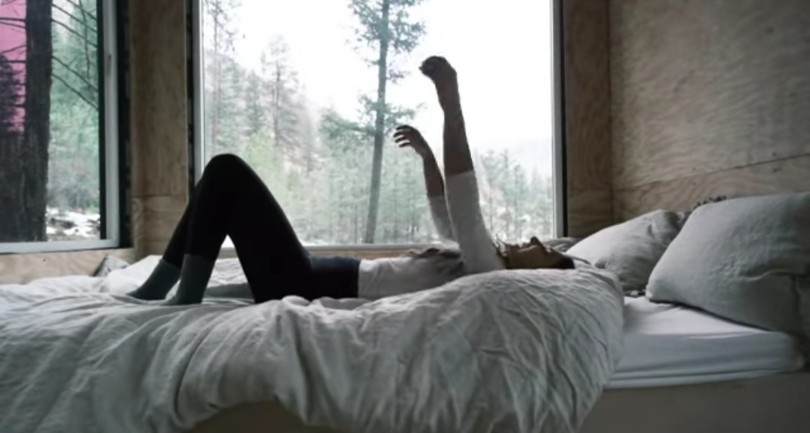 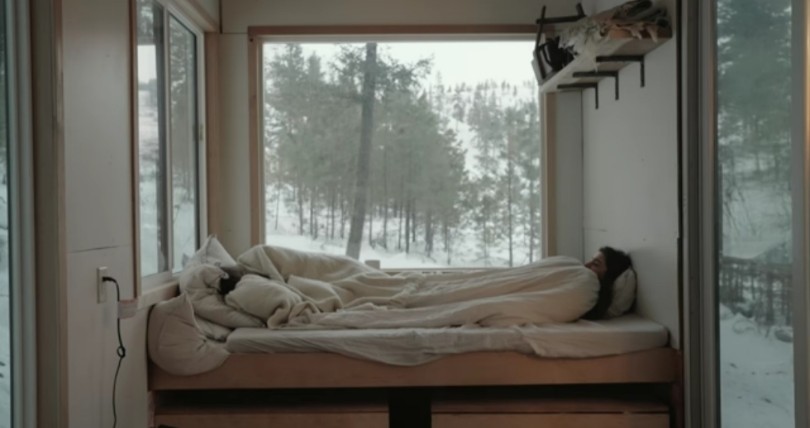 The most eye catching element of the bedroom in Isabel Paige’s Tiny House is the gigantic windows.

In fact, there are almost no walls as windows surround her at every turn. The amount of natural light these bad boys will constantly pull in will give a certain kind of invigoration to the bedroom. If you ask me, all it’s lacking is a white paint finish.

The bed itself has been suspended and hovers above the floor, under which houses two big wooden storage boxes that serve as the wardrobe.

Further storage space has been affixed on the wall above the bed. Here, lighter items like small bags and suitcases can sit here unperturbed by the shrunken size of Paige’s bedroom.

Nothing left to see here, guys. By design, Tiny home tours are never lengthy. I hope you enjoyed our little adventure of Isabel Paige’s Tiny Home.

Additionally, if you have any questions or didn’t fully understand something in this post, drop a comment below and allow our growing community of Tiny House enthusiasts to help you.

PAY ATTENTION: Read more about living in a Tiny Home or go back to Homepage.

Tiny House Richee (THR)  is a Tiny Home improvement blog that teaches Americans how to  build, buy, design and live in a Tiny House.